Biomutant
Biomutant is an upcoming action role-playing video game, developed by Swedish developer Experiment 101 and published by THQ Nordic. It is scheduled to be released for Microsoft Windows, PlayStation 4, Switch, and Xbox One. It will be released on PC on the digital service platforms GOG and Steam.

The Tree-of-Life is being poisoned by a poisonous oil rising from the ground. The Tree-of-Life has five roots through which it gives life to the whole New World. Players must go to the end of each of the five roots and defeat the creatures that are biting the roots of the tree. There are also six tribes split from their original location. Player can choose to eliminate those tribes or combine and unite the tribes. A Storyteller tells the events of what happens during the course of the gameplay.

The game is a third person action role-playing game in an open world environment. You control a creature similar to a raccoon in a world with animals that are mutated. Other characters can be found who will give you services and items such as modifying your Automaton.

You choose the gender, the body shape and thickness, fangs, fur and fur pattern, length, and other attributes of your character, and those choices affect stats for the character. For example having a thicker and heavier character will make it more resistant to damage and be able to do more damage to enemies as well, but makes the character slower, while a lighter character will do the opposite by making it faster and increase its range but take more damage and do less damage to enemies. Adding a thicker and larger head will increase the intellect of the character, making it have more energy and power for psychic abilities. The body shape selector is represented by a slider hexagon.

Mutations and bio-mechanical body parts can be applied to your character after character creation to change their appearance and abilities, for example adding mechanical wings or claws can give the character advantages. Bio-contamination found in certain zones will allow you to physically mutate your character using Bio points, for example giving mantis claws or barbed tails, and give additional abilities as well. Radioactivity found in bunkers from the old world will affect the mind and add psi-mutations such as levitation and telekinesis. Equipment such as gas masks and oxygen tanks, and thermal resistant clothing can be applied along with clothing items.

The battle system is a mix of melee and ranged weapon combat. Said to be a "martial arts style combat system", the combat is supposed to allow for high movement and agility mixing with powers, shooting, and melee attack using the mutations. Multiple combat styles, such as Wushu, "Gun-fu", and "Chicken-fu" can be learned through progression and being thought by masters. You can build a weapon by mixing and matching parts obtained throughout gameplay, and the weapons can vary in class, from classes such as shotguns, revolvers, and rifles, to swords, daggers, and bats. Modifications can be added to weapons such as corkscrews or chainsaw modules.

In the New World multiple biomes can be found.

Vehicles can be found such as mechs, jet-skis, air-balloons, or area unique mounts. 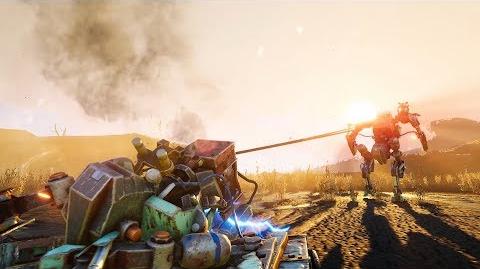 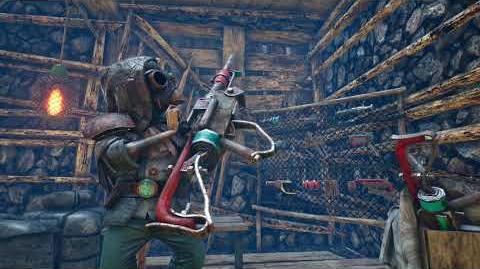 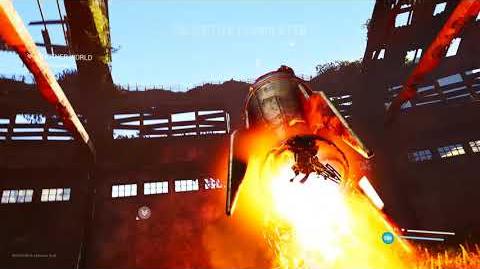